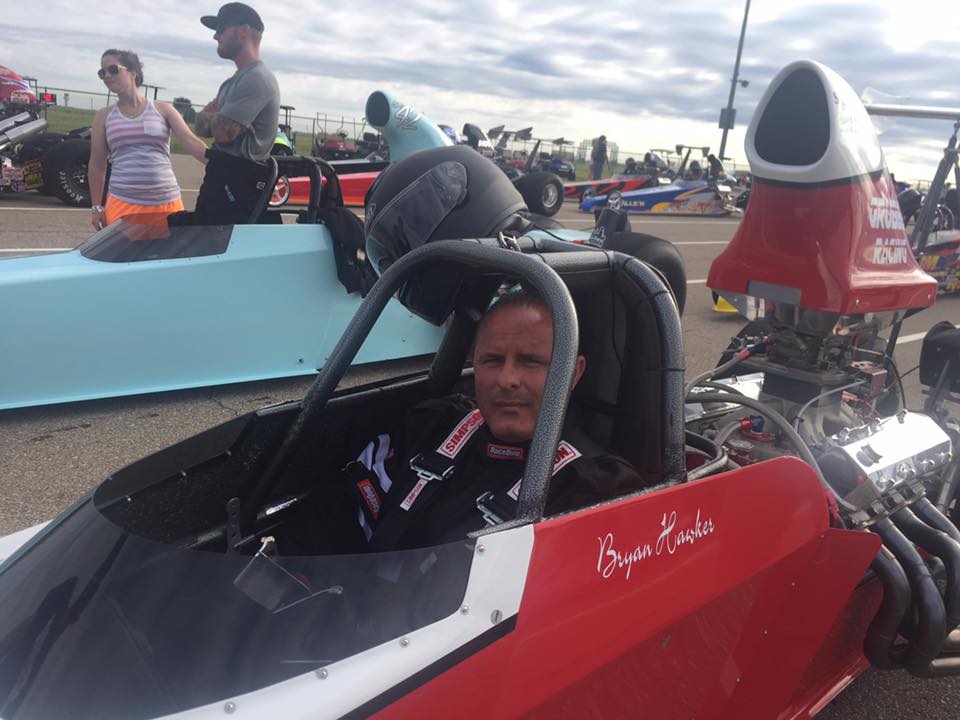 Drag racing is a fun an exhilarating sport. The basics are pretty straight forward. The dragsters line up and wait for the go signal and accelerate to a spot far in the distance. Whoever gets there first is the winner. The rules are the same across all four National Hot Rod Association (NHRA) Mello Yello drag racing series, says Bryan Hawker. These include: Top fuel, Pro Stock, Funny Car and Pro Stock Motorcycle. The race starting light, known as the Christmas tree, flashes a series of amber colored lights to allow the drivers to get ready. Finally there is a green light to go, but if someone jumps the gun, that’s a foul and a red light goes off. The distance of the drag race varies depending on the series. The Funny Cars and Top Fuel cars sprint to a distance of 1,000 feet or 304.8 meters to determine the winner!

With Bryan it’s all about the NEED FOR SPEED. Top Fuel dragsters are some of the fastest vehicles on the planet. He loves the acceleration and pure power of going from zero to subsonic in a few seconds! The cool thing about drag racing is that the National Hot Rod Association (NHRA) also divides the drag race cars into categories based on different criteria. These include the car’s weight, modifications, fuel type and aerodynamics. The thing that differentiates Top Fuel dragsters is the fuel type. Just one of the eight cylinders of a Top Fuel engines produces as much horsepower as a NASCAR Sprint Cup car according to McGee.

What makes Top Fuel cars so powerful? These bad boys have custom engines that are 500 cubic inches that boast superchargers producing around 8,000 horsepower. Some dragster even go as high as 10,000 horsepower according to Mazlumian.
—–
Top Fuel engines can’t be measured by a dynamometer, the machine that evaluates a car’s horsepower and torque. So, Top Fuel power numbers are calculated by mathematical equations, which can leave some room for debate. These engines can’t burn regular gasoline, or even race gas. They need nitromethane, a special kind of fuel, which is how these cars got the Top Fuel name. Their super powerful engines have to be fed with much more concentrated power, which is no accident. It’s a complicated balance, requiring the cars to be tuned specifically for the fuel, and the fuel to be manufactured specifically for the cars. All the effort is worth it to the racers, who travel at previously unheard-of speeds, and the fans, who love the flames that occasionally blast from Top Fuel dragsters’ tailpipes.